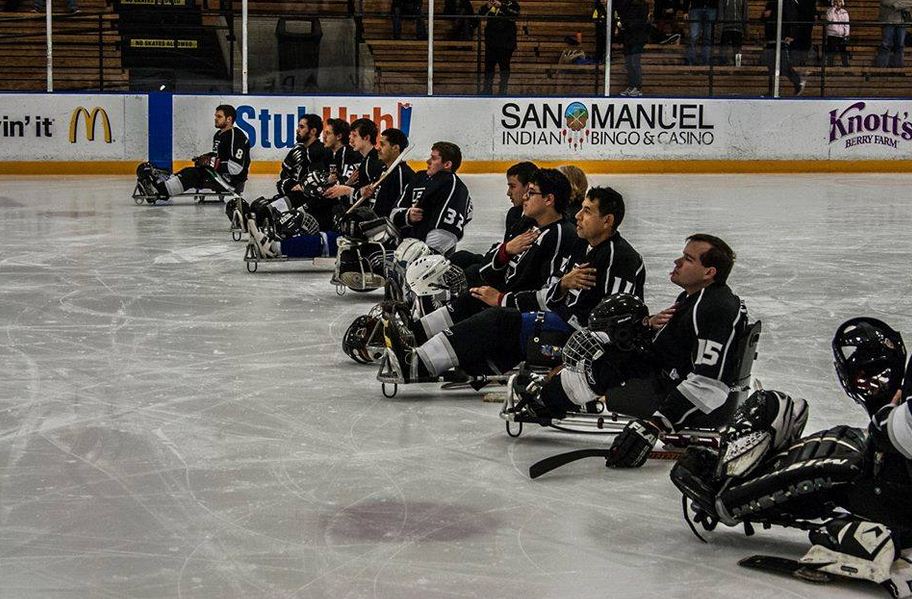 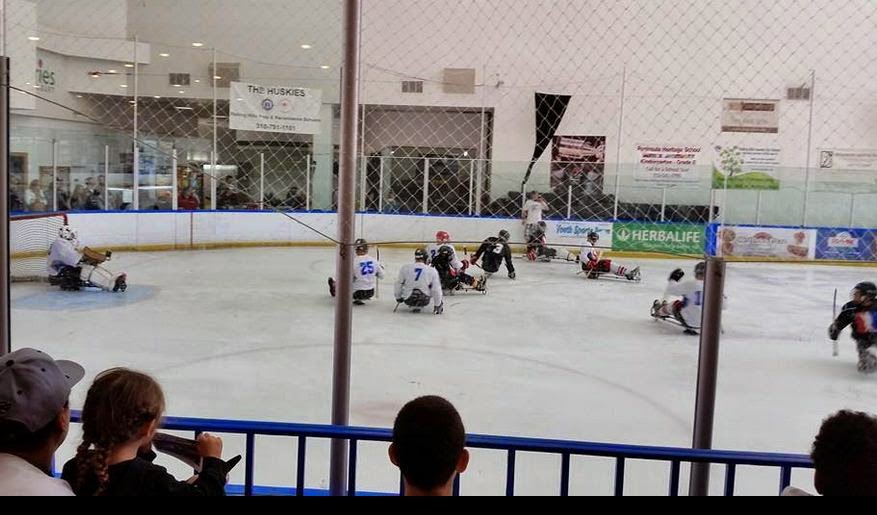 On June 28, the LA Kings Sled Hockey team hosted the Patriots at Ice Chalet in Palos Verdes. The Patriots are a team of active duty military and veterans and usually play on skates (the traditional way ice hockey is played). They agreed to play in hockey sleds for the June 28 game, and they were great sports. The Kings won 4-1 and both teams raised money for their programs. The crowd wasn't counted, but estimates of at least 150 people watched the game.

Ruby's Diner, next door to the rink, was kind enough to donate 20% of receipts as a fundraiser. In addition, sponsors Print Pro Plus printed the programs, and Larry Robinson's Play it Again Sports, Green Roast Coffee Company, Silvio's Brazilian BBQ, and Kathy's Critters helped sponsor the game. In addition, Joe Pro Print Company and Palos Verdes Ice Chalet, and especially Mike Silverman at the rink, were instrumental in making this event happen. Please check out and consider doing business with these sponsors because they trusted the vision for this game  before it existed.


Here is a video of the opening minutes up to the first goal.

In addition, the Kings had some members of the ice crew there to help with raffles and such. 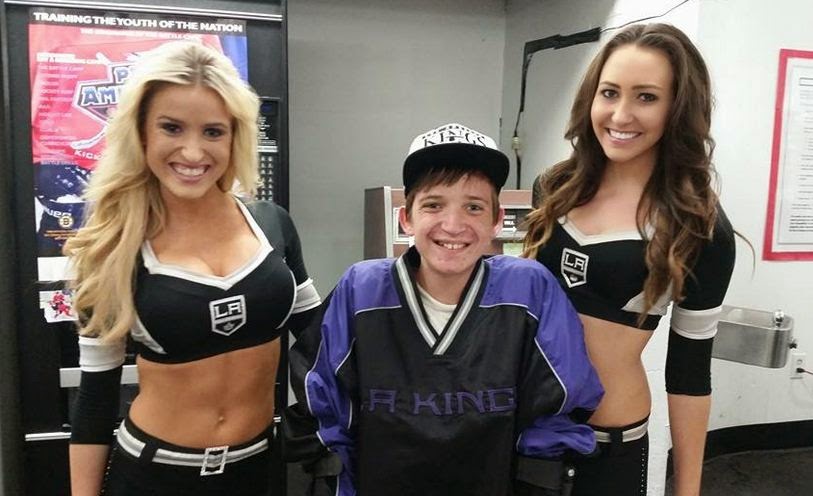 The players enjoyed themselves from each team, but after the game, they were exhausted.


Here is the handshake line:


Thank you to Marv Floer and the Patriots for giving our team a game. For those who missed this game, this will become an annual event, so there's always next year. Want to get your sled hockey fix sooner? Catch LA Kings Sled Hockey as they take on Colorado Avs Sled Hockey at Frozen Fury on October 4.

Posted by Todd and Christie at 1:32 PM No comments: